I think A Wager for the Widow was released at the wrong time of year because I’m definitely getting a more wintery feel to the evenings now and can all too clearly imagine Eleanor and Will shivering out in the gardens and cuddling up for warmth in this scene.

Why not get hold of a copy, light the fire, pour a glass of your favourite winter drink and lose yourself on the Cornish Coast?

“The sun, which had barely broken through the heavy clouds all day, had nearly disappeared below the archway, turning the buildings grey. Eleanor shivered as the icy wind hit her. She almost went back for her cloak, but the sound of voices and laughter drifted to her from the Outer Hall. She shook her head and made her way round the side of the house to the walled garden where she hoped to find some protection from the weather, and threw herself on to a stone bench.
Eleanor pulled a sprig of rosemary and fitfully ripped the leaves off one by one, letting them drop on to the ground with a trembling hand.  She drew her knees up to her chest and hugged herself tightly to ward off the cold. She stared into the shadows and her stomach twisted again as she thought of the argument with her mother. Her eyes swam with tears that were hot in the biting wind. How long would it be before she was missed and summoned back to the house? She drew deep breaths, fighting the urge to run to her chamber, pack her belongings and return home.
‘Lady Peyton?’
The voice was low and unexpected. Eleanor gave a start. She spun round to find William Rudhale standing by the far end of the bench, a large bundle under one arm. Eleanor bowed her head quickly, unwilling for him to see the evidence of her tears, and wiped them away with the back of her hand.
‘Why are you here?’ Eleanor asked suspiciously. ‘Did my mother send you to find me?’
‘Nobody sent me,’ he answered softly. ‘You looked distressed so I decided to follow you.’
He gestured to the bench and raised an eyebrow. After a moment’s hesitation Eleanor nodded and the steward sat down beside her.
He unfurled the bundle that he carried and Eleanor recognised his voluminous red cloak.
‘I thought you might need some shelter from the wind. It is no weather to be out in without something to keep you warm.’
Eleanor’s lip trembled and she bit down on it. ‘Thank you,’ she whispered, her voice catching in her throat.
Rudhale leaned across and gently wrapped the cloak around Eleanor’s shoulders. Their eyes met and he gave a slight smile, as though being caught in the act of a kindness embarrassed him. He brushed a stray lock of hair from her cheek with fingers that left a trail of heat across her skin.
At this gesture of kindness, Eleanor’s emotions finally overwhelmed her. She put her head in her hands and burst into sobs, not caring that the steward saw or what he might think. Her frame shook with each fresh rush of tears. She was dimly aware of Rudhale’s arm slipping around her shoulders as he drew her head down on to his chest.
Eleanor stiffened momentarily as the unfamiliar closeness provoked feelings that were much more alarming than her grief. Rudhale’s hand found a home in the small of her back and she melted willingly against him. She could not say for how long she cried, conscious only of warmth, of Rudhale’s soothing wordless murmurs as she let her sadness flood out, and of the comfort of his strong arms around her body.”

Excerpt From: Elisabeth Hobbes. “A Wager for the Widow.” iBooks.

Buy A Wager for the Widow here

I’m slowly getting to grips with technology though I should confess that for a long time I thought this was Paul Hollywood from Great British Bake Off.

Clicking on the pic should take you to the contest page where you can vote for Sir Hugh.  If you want a reason why he should win check out what readers have said in their Reviews for Falling for Her Captor

Every vote is gratefully received. 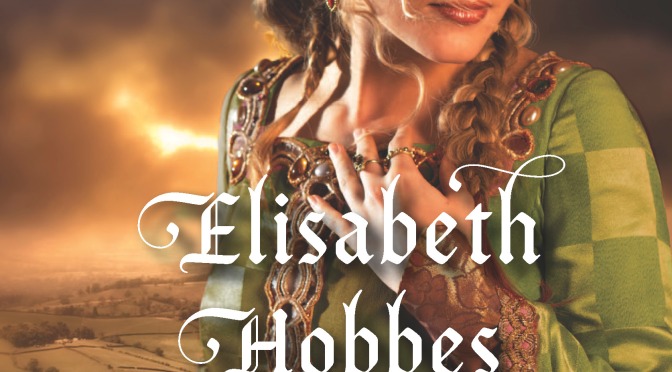 Today is the first anniversary of the publication of Falling for Her Captor.  It’s been a fabulous year since release.  The book has received some amazingly positive reviews.  I had a second book released in July, my third is with my editor and I’ve started writing the fourth.

Today was always going to be a celebration of that but it turned out there were multiple reasons.

I found out that Hugh, hero of Falling for Her Captor has made it into Harlequin’s  Hero of the Year contest.  There are sixteen heroes to choose from who will be narrowed down until only one remains.  He’s currently in Region 3 up against a straight laced District Attorney and needs your support to make it through to the next round!

Falling for her Captor is also released in French today.  If you always meant to brush up your language skills there can’t be a better way than trying to get your tongue round this.  It’s available on Amazon.

Book things aside, the most important thing that happens today is that my son is 10.  Ten.  Double figures.  Closer to adulthood than birth.  This makes me feel all kinds of strange (and old).  He’s currently doing musical things I don’t understand with electronics that alarm me for the number of dials and jacks.  I miss the days of Duplo but he’s turning into such a lovely, grown up boy and I love him loads.

'I was completely immersed in the story and even shed a tear. ' 'A satisfying read, with some great ambiance and a fast-paced romance.' 'Absolutely brilliant story, kept me gripped right til the end and I really cared about the main characters.' 'I couldn't put it down....resulting In a 1.30 a.m. bedtime!'